Click on Map to enlarge/on Names for details;
use back arrow to return) 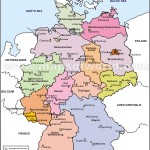 Heinrich “Heini” Seiler/Saylor (c.1500-1531):
(from Joseph Miller-associated families) We know that Great-grandson Jacob emigrated to Somerset Co., PA, from Germany, but family origins may include towns such as Willenstein, Sembach, Obermehlingen, Ischbach, some even in Switzerland. Their Amish beliefs no doubt kept them on the move.

Peter H. Broenniman/Brenneman (1554- ):
(from Krause-associated families) One must travel 8 generations to learn that Daniel, the emigre to America, Brenneman’s father was born and raised on the Hofgut estate in Braunshardt, Darmstadt, Germany, in 1736. That Nicholas (1736-1789) married twice: Barbara H. Kurtz and Magdelena Unzicker.

Peter Langs/Long (1600):
(from the Joseph Miller-associated families) He and son Georg were each born and raised in Germany, but Great-grandson Jacob (c.1710) were immigrants from the Palatinate to the Longswamp settlement in Berks Co., PA. Daughter Maria married Joseph “Yost” Miller and came to Somerset Co. in 1782.

Jacobus Meyer (1627-1716):
(from the Krause-associated families) Later generations resided in the Alsace-Lorraine region, specifically Kutzenhausen, Bas-Rhin, before coming to America in 1739.

Christian Miller I (before 1642):
(from both Joseph Miller & Krause-associated families) We believe that his Great-grandson Christian Daniel Miller, Sr. (c.1700) emigrated from Wurtenburg, Bavaria, to Berks Co., PA, then his son, Hannes “Indian John” (c.1724-1798), wounded in the famous “Hochstetler Massacre,” moved west to Somerset Co. to become our bloodline in several ways.

Andreas Berger (1643-1703):
(from the Joseph Miller-associated families) It was his Great-grandson Johann Samuel Burger (1710-1783), born in the Palatinate, who emigrated to the Longswamp Amish  settlement, Berks Co., PA, in 1739. Johann’s Granddaughter Maria Long/Lang married Joseph “Yost” Miller and came to Somerset Co., PA in 1782.

Hans Michael Zimmerman (c.1680):
(see Joseph Miller-associated families) Birthplace unknown, but other, more famous Johann Jacob Zimmerman (b.1644) came from Dutchy, Wurtemberg, and sailed to Germantown, PA, in 1794. Our Hans, we believe, came to York Co. earlier, 1753. He was the first of three generations of “Michaels.” See “Introduction: Zimmerman.”

Michael Miller (1686-1773):
(from Krause-associated families) Although little is known if this Michael, his son George was born in Baden-Wuerttenberg and settled in Lancaster and York Cos., PA, with wife Maria Barbara Stambach, a native of Alsace-Lorraine. Their son George Michael moved to the mountains of Preston, WV.

John Bathasar Sartorius/Sadorus (before 1711):
(from the Joseph Miller-associated families) Little is known about the patriarch of this family with over half a dozen spellings nor what the exact line is to the later namesakes, but John was an early emigre to Philadelphia. We do know that Elizabeth Sadoris (1798-1888) married into the Berkey line of Somerset Co. Ironically, Elizabeth’s mother was a Taylor, and Sadorus, a Latin word, has the German equivalent of the name Schneider, meaning “Tailor.”

Joseph Miller, Sr. (c.1725):
Born in the Palitinate . Possibly, only his sons “Yost” and Jeremiah came to Berks Co., PA, in the mid 1700s before fighting with the colonials in the Revolution. Jeremia and wife were captured and held by the British at Brandywine. Both sons came to Somerset Co. in 1782. Yost married the daughter of another Revolutionary War veteran. A third generation Joseph followed. See “1910 Miller Reunion.”

George Hoffman (1828-1907):
(from Gray-associated families) Born in Bavaria and settled in West Deer Twp., Allegheny Co., Western PA, in 1846 with wife Annie K. Browne, where they raised as many as eight children.

Commentary on “Exodus from Germany”

European Backgrounds of the PA Dutch

PA Dutch: The Story of an American Language
-a new book by Mark Louden 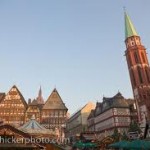 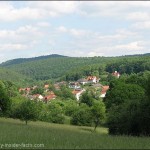 Typical German village in Hesse, the “greenest” region in the country with 42% of the land forrested

4 Responses to OUR GERMANIC ORIGINS