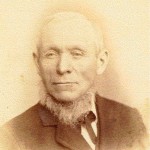 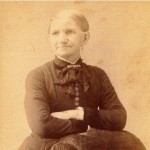 * one Ancestry.com family tree suggests the “K” is for Krug, possibly a maiden or family name, and that Annie/Anna was also born in Bavaria. The 1928 death certificate of daughter Christena (Drum) states that Annie’s maiden name was Hyde and that she was born in Germany.

+ my earlier Vitals page mistakenly included a Margaret Hoffman (b. 1846) of NJ who married a William Maines.

RETURN TO OUR HOFFMAN FAMILY TREE