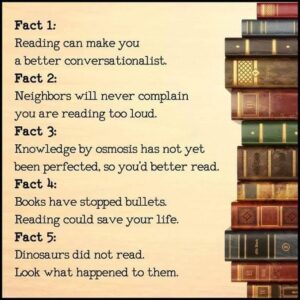 How often do you sit down with a good book? If you’re like me, next to factual genealogical accounts, you crave historical fiction where you can be both entertained and informed. Perhaps like me, also, you do much of your reading NOT sitting down, but rather lying in bed or a recliner. While I am constantly trying to incorporate my reading and research into my E-gen narratives, usually I can only mention sources in passing. So, as a new category of articles, I am including short book reviews. Actually, these were a part of my first E-gens twenty years ago on another platform, when I first started to post, but somehow got lost in the shuffle to “GoDaddy” and “WordPress.” These will just be a standard alphabetic bibliographic listing, beginning with the date posted (in parenthesis). As appropriate and available, I will include links to longer articles where I can go into some depth on a particular author’s work, whether fiction or non-fiction, and how it relates to our families’ histories. Again, the common thread will be the ties to one or more of our families’ origins and experience. My primary interest is more historical than literary, and I will  try to make as many connections as possible to these families and the actual events that were happening as they settled Western Pennsylvania. My reviews will be linked to appropriate individual family pages elsewhere on E-gen.  If you have titles for me to consider, please write to me. Your comments on these books are always welcome. First, look for color coding for a particular family and/or associated families. Second, after photos of books, you’ll see authors/titles/subjects numbered 1 to 4. To read a commercial review, simply click on the title in line 1 or for my review click on line 4 below. 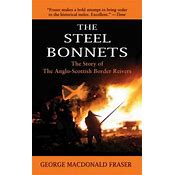 1.(4/7/21) Fraser, George MacDonald. The Steel Bonnets: The Story of the Anglo-Scottish Border Reivers. Canada: Skyhorse Publishing, 2008.
2. (1286-1603) “Reivers” were raiders who cleaned up after the defeat of enemies of both side of the Scottish & English border, every shifting.
3. Unfortunately, our early Grays were “Reivers,” according to MacDonald
4. Yes, Our Grays were “Border Reivers”: A Brief Synopsis of Frazer’s The Steel Bonnets

1. (4/7/21) Gingerich, John, trans., Joseph Stoll, ed. History of the Bernese Anabaptists. LaGrange, IN: Pathway Publishers, 2010.
2. (1500-1750) The story of the Swiss-German Amish-Mennonite who came to America
3. Dozens of Amish-Mennonite names from our family history 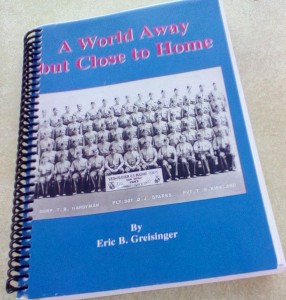 1. (4/7/21) McPhee, John. The Crofter & the Laird. New York: Noonday Press, 1979.
2. (Historic thru present day) Island 25 miles west of Scottish mainland in the Hebrides
3. An adventure in our family names, terms, and customs from Scotland 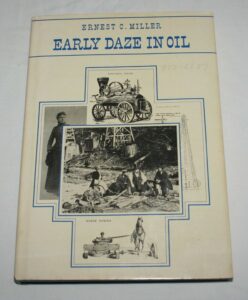 1. (4/17/21) Uris, Leon. Trinity: A Novel of Ireland. New York: Doubleday, 1976, and 1995 sequel, Redemption, ties-up many loose ends from the first novel.
2. (17th through 20th centuries) Story of three communities: Protestants, Catholics, & British
3. No recognizable names from our family, but many common Irish monikers
4. “Trinity: The Story of Northern Ireland, by Leon Uris”