My Families’ Special Connections to the H.J. Heinz Sesquicentennial Celebration 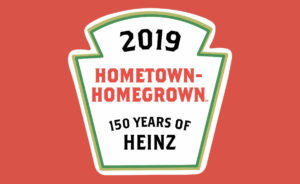 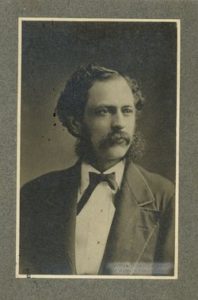 This year, 2019, marks the 150th anniversary of the American food processor H.J. Heinz Company.  Having originated just northeast of Pittsburgh, in the small town of Sharpsburg, on the banks of the Allegheny River in 1869, Heinz now supplies the world with sauces and condiments. I can remember seeing its most famous product, ketchup, in restaurants from England to the Czech Republic during family vacations over the years. Today, Heinz manufactures thousands of food products on six continents, selling them in over 200 countries. Their ketchup now claims more than half of the market share in the U.S. Heinz merged with the Kraft brand in 2015, making it the third largest food company in the world.

The purpose of this article is to connect the Heinz storied history with our families: my maternal Campbells and paternal Pearces. Today, members of my Scots-Irish immigrant Campbell and Crawford ancestor families rest for eternity just across an access road from Henry “H.J.” Heinz’ father and mother and much of his early German-American family in Sharpsburg’s Greenwood Cemetery, on the hill overlooking the massive family factory. 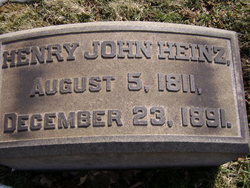 “H.J.” Heinz’ father for whom he was named – Greenwood Cemetery

The Ketchup magnate, his wife, and great-grandson, Senator John Heinz, are buried across the river in the Homewood Cemetery, where several others of my Campbell family are buried. We’ll hear more about them below. 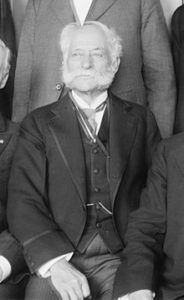 In the 20th century members of my Pearce family, including my Great-uncle Clarence and more recently my sister Ellen, worked for H.J. Heinz in various capacities from Western Pennsylvania to Ohio. Before hearing about those connections, let’s begin with a little about Henry J. Heinz. He was born in America of Bavarian immigrants who had met and married in Pittsburgh. Henry began the business of packing foodstuffs, specifically horseradish, with a friend Clarence Noble.

The recipe was H.J.’s mother’s. In 1888, Henry bought out his partner, after whom he had  named his son, and eight years later coined the slogan, “57 Varieties.” Legend has it that the number was picked at random because he just liked the sound of it, but the number “7,” he thought had had particular influence and significance down through history. Not only did the Heinz enterprise process and package food products, but they made the first glass bottles in which they were contained and sold.

Today, Heinz products number many times that original slogan and their manufacturing has mostly moved out of the Pittsburgh area. And speaking of change, Heinz’ most notable product, the tomato condiment, has had dozens of creative monikers over the past 150 years. Today, it’s simply known as “America’s favorite Ketchup.”

My GX3uncle William Oliver Campbell (1868-1939), after whom my great-grandfather “Will” was named,  0perated a hilltop farm at 250 Old Mill Road above Sharpsburg in O’hara Township, and supplied the majority of tomatoes used in ketchup making at the Heinz plant. Old H.J. affectionately referred to him as “The Tomato King. Great-uncle William would start 18,000 to 20,000 tomato plants in the spring of each year. When the ground reached just the right temperature, he and his sons placed them in the ground with a bed of straw around each plant to keep the tomatoes clean as they developed. In the late summer and early fall, before the first frost, the ripe red fruit was carefully picked, placed into baskets, and delivered down to the H.J. Heinz plant along the Allegheny River to be made into their world-famous ketchup and other tomato products. Neither of Uncle William’s sons chose to continue the tomato legacy, and today, the farm has gone mostly to residential lots in and around the wealthy Fox Chapel, but Great-uncle William’s large farm pond, known  as Campbell Lake, still provides recreation. The late great-grandson of H.J. Heinz, John Heinz (1938-1991) and his wife of 25 years, Theresa, owned a 90-acre estate near our Campbells, where they raised three children. Before his tragic death in an airplane crash, John  had been a U.S. Congressman and Senator. Theresa later married John Kerry, Senator, U.S. Secretary of State, and presidential candidate. 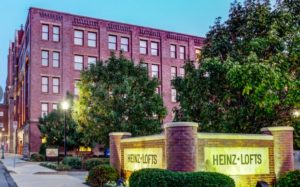 Another positive outcome of the changes within the Heinz story is what happened to the old processing plant. These sturdy brick buildings are now luxury living spaces called “The Heinz Lofts,” just across the Allegheny from the popular Strip District. You won’t believe what you see on the virtual tour at their link. [Click on the first photo and then “Videos” in the upper toolbar.] This certainly beats the unproductive fate of demolition that awaits so many old structures. 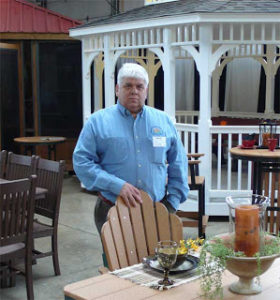 My cousin, Gary Pearce of Melvern, Ohio, informed me years ago that his late grandfather, Clarence Sickles Pearce (1886-1965) had been a career carpenter at the H.J. Heinz plant in Sharpsburg. How ironic that his given name was the same as both Henry’s first partner and also his son. Clarence would have been my grandfather Wesley’s younger brother. I first heard this many years ago when my late father Ralph and I stopped to see Gary at his furniture manufacturing and sales operation in Ohio. Clarence’s position with Heinz seemed to hold special significance with our large Pearce family and Gary’s talent with wood no doubt was proudly inherited. Gary says that each Christmas, his  grandfather, after his retirement, would receive a large box of H.J. Heinz “goodies” delivered to his house, always including the famous pickle pin.

More than 100 million of the green plastic miniature lapel pins were produced and distributed in the last century, making it one of the most recognizable commercial promotions in history. I well remember cherishing my pickle pin as a youngster, but I don’t remember exactly where it came from or where it went. I see on E-bay that vintage pins can sell for as much as $7 each now. 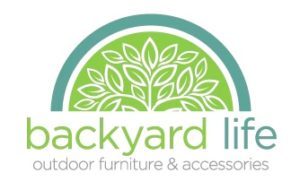 By the way, Gary has now retired and left his 25-year old furniture business to his son Shaun wife Darcie who now operate under the trade name “Backyard Life.” For the past 15 years they have done much of their business online, offering many things for backyard recreation from furniture to play sets.

In the early 70’s my sister Ellen was a student at Bowling Green State University in Ohio, and for summer employment between her sophomore and junior year, she worked in the Heinz plant nearby. That area of the country is known for its rich truck farms just south of Lake Erie, producing all sorts of grains and vegetables on level fields that seem to go on forever. This is her story:

Initially I worked on the chili line where the steam cooked/chopped tomatoes came down along a lighted white “table.” My job was to pick out debris and stems. The cooked stuff went on into a vat for more cooking and  eventually became chili sauce, I think. (don’t quote me on that, though).  Later I moved to the “lab” and did temperature checks on the newly bottled ketchup. If not cooled properly, when it came out from fresh bottling, it could turn black. If too hot, I’d have the line stopped, to hold the bottles in water spray to  cool down a little longer. I rarely stopped the line, but I also did a thickness test where ketchup was put into a metal cup/flask. I’d release it and the ketchup would slide down a measured metal 1/2 tube for so many seconds. Based on where it was a the end of the time would determine if the ketchup was the correct thickness. Too thin and it ran down too far. Too thick and it didn’t run far enough down the track. I don’t remember ever having to issue a hold because of the ketchup not being within the parameters.

If you can imagine a part-time summer workforce made up primarily of college students, you can imagine some of the unusual things that took place there. Ellen tells of getting her ears pierced while working in the lab. A friend iced down the lobes while someone ran a needle through them. All she can say in recounting the story is, “Ouch,” but at least the procedure was sanitary and she still maintains what she calls “Pearced ears” today.

I’ll always remember accompanying my sister Ellen on a project for her local Moon Township cable TV company in the early 2000s. The Pittsburgh city high school football playoff championships were being held at Heinz Field between Perry and Peabody. Of course you know that the stadium is the home of the six-time Super Bowl champion Pittsburgh Steelers and popular University of Pittsburgh Panthers. But on the afternoon of the big city league game, as a camera operator, she was assigned to the upper deck. It just so happened that her “perch” was right outside the Rooney family box. They are the owners of the Steelers. We very carefully passed through the luxurious suite on our way to her station. While there were no Rooneys present that day, we got a good look at how “the other half” lived. Ellen’s most exciting memories of running the television camera that day were seeing her telephoto close-ups of team and audience members from across the stadium projected on the Jumbotron. 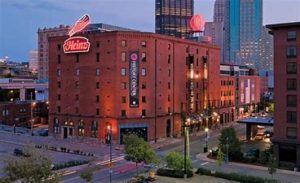 From time to time, as an amateur family historian, I attend workshops at the Heinz History Center and Museum in Pittsburgh. One session in particular there hosted members of Belfast-based PRONI (Public Records of Northern Ireland), and was of special interest to me as a descendant of Scots-Irish ethnicity. Most recently, on assignment as a contributor for the genealogical quarterly Mennonite Family History, more to my wife’s Swiss-German ancestry, I was able to get an article published internationally entitled “Google Like a German: A Genealogy Workshop.” This year, in celebration of Heinz’ sesquicentennial anniversary, the history center held what it called “Hometown-Homegrown: 150 years of Heinz.” It was hailed as “the tastiest food expo in Pittsburgh, with Heinz-inspired food samples, live cooking demos, and other surprises. The highlight was a presentation by History Center curator Emily Ruby, author of 57 Servings From the Heinz Table, one of Amazon book editors’ top picks for 2019. The History Center truly portrays all that is good, and not just good tasting, about  Pittsburgh. Recently, the Museum added some of clothes worn by local legend Fred Rogers’ on his TV show in honor of the documentaries and hit film, Beautiful Day in the Neighborhood. I’m sure I’ll be spending more memorable time at the History Center in the years to come.

In conclusion, Henry J. Heinz, his historic company, his popular food products, and the the new Kraft Heinz Company have had an immeasurable positive effect on the history and culture of Pittsburgh and Western Pennsylvania, providing well-paying jobs and generous philanthropy. In addition to Heinz Stadium and the History Center, the VA Medical Center in Aspinwall, not far from the Sharpsburg plant, and the Heinz College at Carnegie Mellon University in Oakland have all been beneficiaries of the Heinz family’s success. Yet another household name around these parts, and indeed the world, is Heinz Hall for the Performing Arts, another old downtown structure which was re-purposed in 1971. Home of the Pittsburgh Symphony and venue for some 200 concerts a year, it has welcomed us for many big names in addition to the Symphony, like Tony Bennett and Lena Horne. My families, including the Campbells and Pearces, have benefitted greatly from and taken pride in their association with the Heinz name over the past 150 years. I’m sure that as my wife and I continue to travel the world, we’ll have even more contacts with other folks to whom the Heinz label means “good eating.” So, Happy Sesquicentennial to the H.J. Heinz operation, wherever you are. If you’re reading this, whether or not your a member of my extended family, and have a connection to or memory of the Heinz family and/or company, please use the space below to share, and we’ll pass it along to our  audience.