The Inspiration of Scripture in Personal Genealogy

(Click on charts to enlarge/ Hit backspace to return)

So often we Christians and Jews take for granted what the Bible and Torah teach concerning the family histories of their characters. I don’t know that I’ve ever heard a sermon based on just lists of ancestors or descendants. I’m certain that I’ve never attended a Bible Study or Sunday School Class devoted to the subject of scriptural genealogy. In beginning my research on this subject, I Googled “Genealogy and Scripture” and was lead to a list of 100 passages from the English Standard Version (ESV). For the purpose of this brief article, I eliminated much of the duplication and overlap included in the original list in the interest of simplicity. I’ll explain as I go along, but my general thesis is that Scripture can be an inspiration for doing personal family genealogy. The idea is that references to individuals and families can be found from the first chapter of Genesis to the last words of Revelation. The very word “Inspiration” alludes to the Holy Spirit, part of the Christian Trinity. In keeping with the Hebrew word “Ruach,” or “breath of life,” found over 400 times in the Old Testament alone, our ancestors in the Faith believed the Spirit of God “hovered over the waters” to make a place for the dry land and then, having created man literally from the dirt, “breathed into” the nostrils of Adam and Eve. They, in keeping with the two-directionalism of the concept, could therefore  “breathe out” what God had said and done through the Holy Scriptures and His people. Before I wrote this particular piece, I expressed over the years what I believed to have been my own religious experiences through various  articles inspired by Ruach. Some of these stories stretch back as far as the ancestors of my Great-great Pearces and Austens, the first having been followers of St. Peter and the second were adherents to the teachings of St. Augustine. Look below for links to these and other writings. I’ve also listed ideas for forthcoming articles such as my Pearce family’s non-conformist connections to English evangelists John and Charles Wesley.

What follows is a simple outline of genealogical references to family histories. Each part is appropriate for sermons and/or small group studies. Let’s begin at the beginning. We all probably know from the creation story that God made man and mate on the sixth day, but later the Bible specifically records this accounting:

And just five chapters beyond that, after the story of Noah and the flood, this list is given:

Fifteen chapters beyond that is the story of Abraham, the patriarch of three of the world’s great religions: Judaism, Christianity, and Islam. If you recall, Abraham was not given an heir despite his great migration from Ur to Canaan. As his wife Sarah’s age progressed beyond child-bearing years, Abraham sensed the need to procreate with Hagar, Sarah’s servant, which was not unusual in those days. Thus son Ishmael was born, and scripture says: 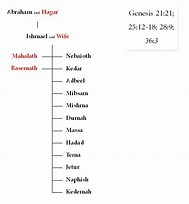 When God re-visited Abraham and announced that Sarah would then have a son, his wife laughed in her heart, saying, “After I have become old, shall I have pleasure, my lord being old also?“ (Genesis 18: 12). As promised, Isaac was born to them, but Abraham’s twin grandsons, Jacob, later called “Israel,” and Esau, couldn’t have been more different. Esau was the hairy, hungry outdoorsman, where as Jacob, whom we might call the more civilized, became known as the deceiver, or “Jake the snake” for stealing Esau’s birthright. Both eventually found themselves in exile. We read the list of Esau’s descendants: 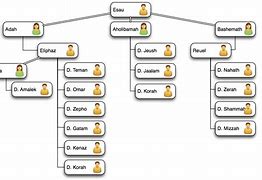 Likewise, Jacob’s patience in waiting for his beloved Rachel, while already married to Leah and in servitude to their father, generates this accounting in the previous chapter: 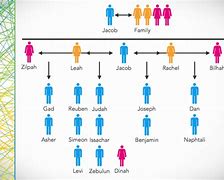 Eleven chapters beyond is a short record of their son Dan’s descendants (Genesis 46: 23-24), but in the next book of scripture, Exodus, is a wonderful, more complete list of that generation’s descendants, including Moses and Aaron: 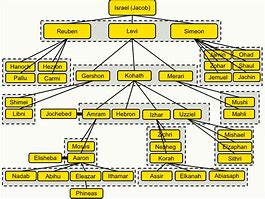 I think it’s always fun to listen to lay readers of scripture to try and pronounce some of these names in a church service. It takes practice and consistency. I’m sure I couldn’t do much better on short notice. The Old Testament of the Christian Bible contains some interesting genealogical detail in the first two chapters of 1 Chronicles, beginning with a repetition from Genesis of the sons and grandsons of Abraham. Special attention is given to Abraham’s concubine Keturah and their sons and grandsons (1 Chronicles 1: 28-33).

Isaiah was Israel’s great prophet and prognosticator for the coming of Jesus. In chapter 11 of his book he predicts: “There shall come forth a shoot from the stump of Jesse, and a branch from his roots shall bear fruit.”

Christians know from Matthew, the first book of the New Testament, that Jesse was the father of King David, surely the most powerful figure in the Bible after Jesus. David was the father of Solomon, the heir to the throne who built the first temple in Jerusalem, but the entire line is recorded: 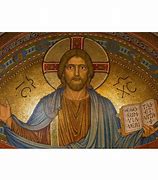 Dr. Luke, writer of the third Gospel, follows with his own list:

These New Testament writers repeat some of these relationships to strengthen the readers’ understanding of family histories. One point that Matthew makes that I thought was remarkable is the balance among the historical sections in the Bible:

Would that our personal genealogies be that symmetrical.

While steeped in family history for what is surely the understanding and credibility of the Faith, Scripture is not without its warnings and serious questions. Paul, in a letter to Timothy, on of the early church leaders, writes:

Nor [should believers] devote themselves to myths and endless genealogies, which promote speculations rather than the stewardship from God that is by faith. (1 Timothy 1:4)

And again, in an anonymous apostolic letter to Jewish followers of Jesus:

For it is evident that our Lord was descended from Judah, and in connection with that tribe Moses said nothing about priests. (Hebrews 7: 14)

To the Galatians, Paul warns the early church to be careful to use the exact genealogical phrases in preserving the meaning of Scripture:

Now the promises were made to Abraham and to his offspring. It does not say, “And to offsprings,” referring to many, but referring to one, “And to your offspring,” who is Christ. (Galatians 3:16)

Need we say more? We are admonished not to spend too much time in biblical genealogy, especially as it might tempt you to make unnecessary assertions. But, we believe that as you study Scripture, additional passages and phrases will jump out at you or older, more familiar lines with take on new meaning. Just as God and His Holy Spirit have breathed into the characters of both Old and New Testaments the precise words and meanings He wishes to convey, so too are you destined to understand and share those ideas. James 2:26 says that “Faith without works is dead.” We know that Faith comes through Grace, so it follows that after Salvation, we must continue to work toward the understanding of Scripture. That’s not to say that the harder we try, the more understanding we have, but without some effort, our comprehensions can be dead – having died of malnutrition. Best wishes on your efforts. Please share your comments below or write to me directly and we’ll respect your privacy.

Other posted articles related to religion in our families:

“Upon this Rock, Pt. 3,” a list of some famous Pearces in history

“Faith of our Fathers (& Mothers),” a 2-part look at our families’ religious heritage

“Rev. William Jack,” the expulsion from Dublin of a Presbyterian great-grandfather

“Invasion of the Millers,” some Amish-Mennonite ancestors in PA & OH

“Preachers Among the Pearces & Associated Families,” a brief synopsis

“David B. Gray, Ph.D.,” a cousin who turned from preacher to professor