Posted on June 2, 2020 in Amish History
and by Erik Wesner on AmishAmerica.com
(Click on link for original reader comments)
adapted here by Larry Pearce on June 7, 2020

(Look for this to see how we’re related*)

Back one more time with another edition of five Amish surname histories. If you missed previous posts, you can find them here:

These are excerpted from Joseph Stoll’s series “Amish and Mennonite Family Names,” which appeared in Family Life from December 1968 to March 1969. 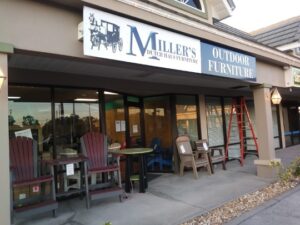 1. *Miller – The German spelling was “Müller,” and because there were many Millers in Europe, the name was very common, with no common ancestor for the many people of this name. There were a number of Anabaptists of this name in different parts of Switzerland. The name Miller is today the most common Amish name, but is largely a Midwestern name. There are only a few families of Millers in Lancaster County.

Christian “Schmidt” Miller came to America with his father’s family from the canton of Bern, Switzerland, arriving in Philadelphia in 1763. During the Revolutionary War the father of the family was pressed into military service, and when he returned he learned that his wife had died and his children were living in Amish homes. Christian was placed in the home of Hans Beiler, pioneer Amish bishop in Mifflin County, Penna. In time Christian too became an Amish bishop, settling in the Johnstown, PA, area. He died in 1845. It is said that in 1924 there were among his descendants 21 bishops, 59 ministers, and 20 deacons.

Moses J. Miller (1811-1897) was the second Amish child and the third white child born in Holmes County, Ohio. His parents had come from Somerset County, PA, in 1810, among the first of the Amish settlers in Ohio. During the war of 1812 they were driven back to Pennsylvania by Indian raids, but in 1812 they returned to Holmes County to stay. In 1834 Moses married Catherine Dunn, an Irish girl who had been raised by the Amish. Moses became a leading Amish bishop, serving for many years. He was known as “Glay (Small) Mose” to distinguish him from another Amish bishop, “Gross (Big) Mose Miller”.

Joseph Miller was the first Amish minister of the settlement in Elkhart County, Indiana. He moved there in 1841 and preached the first sermon at his home in Clinton Township, on Easter Sunday, 1842. He was probably the leading spirit in establishing the Amish settlement in Elkhart and LaGrange Counties. The horse and saddle were his way to travel. 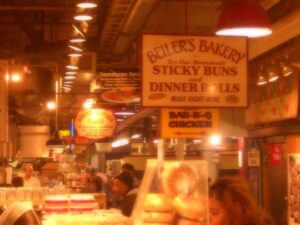 2. Beiler (Byler) – The ancestor of most of the Amish Bylers and Beilers was Jacob Beiler, born in Switzerland, who came to America on the ship Charming Polly in 1737. He settled in the Oley Valley of Berks County, PA, but later moved to Lebanon County, and then to Lancaster County, where he died. His son, Hannes Beiler, moved to Mifflin County in about 1795 and became the first and one of the leading bishops in that community. 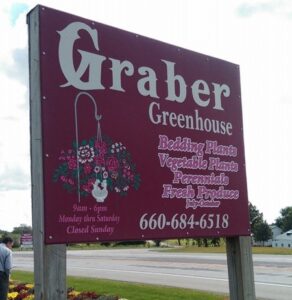 3. Graber – This name originated at Kirchdorf, in the canton of Bern, Switzerland. It is thought the name started in the fifteenth century among people whose occupation was digging ditches or trenches. The first mention of a Graber among Anabaptists was Georg Graber who was punished in 1596 by the Bern Council because he was a member of the Swiss Brethren.

The Grabers were among the Bernese refugees who settled in Alsace around 1671. There they became quite numerous, and a number of families moved to Stark County, Ohio during the 1840s and 1850s. Six brothers and sisters of one family moved from Europe to Stark County, then to Allen County, Indiana, then to Daviess County, Indiana, where they helped found the new Amish settlement there about 1870. 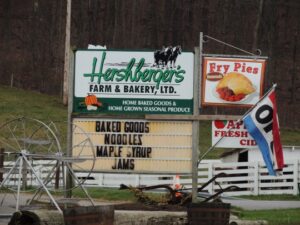 4. Hershberger (Herschberger, Harshberger) – This is a Swiss name and may have originally meant, “one who lives on Deer Mountain”. The Hershberger family first came into Anabaptist circles in the canton of Basel, Switzerland. There, in the year 1529, a large number of brethren were placed in prison, among them the Hershbergers of Thürnen and Läufelfingen. One of them was Elspeth Hershberger, a midwife who influenced numerous parents not to have their children baptized. Hans Hersberger, a miller, had taken part in a forbidden communion service, and on Jan. 12, 1530 he was sentenced to death. The sentence was not carried out, however, for Hans and his wife were merely banished from the territory. They soon came back and were once more captured and imprisoned.

In the summer of 1531 a Jackli Hersberger of Thurnen was arrested because he refused to take part in the military campaign in his community. A few years later he had his tongue and two fingers cut off by the authorities for his failure to remain out of the territory after having been banished. After that the Hershbergers were frequently listed in the court records as Anabaptists. The family spread from Basel into the Palatinate and other areas.

On Sept. 9, 1749 the ship St. Andrew landed at Philadelphia with a large number of Amish and Mennonites on board. Included in the passengers were Casper and Jacob Herschberger. The ship Brothers on Sept. 30, 1754 had a Johannes Herschberger on the passenger list. 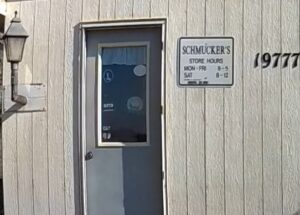 5. Schmucker (Smucker, Smoker) – Christian Schmucker emigrated from Switzerland to Berks County, Penna., the “cradle of the Amish in America”, in 1752. He is the ancestor of perhaps 10,000 descendants living in Pennsylvania, Ohio, Indiana, and Illinois. The first Schmucker pioneer to move on westward was a grandson, Christian Schmucker, who settled in Wayne County, Ohio about 1819. In 1841, Isaac Schmucker, an Amish preacher (later a bishop) was among the first settlers in Elkhart County, Indiana.