Every Breath a Gift: A Memoir – the Prelude 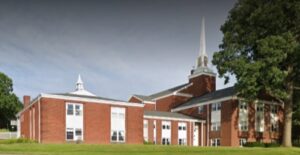 Return to INTRODUCTION & TABLE OF CONTENTS

How appropriate to begin a new year with the first chapter of my autobiography, especially in celebration of the 20th anniversary of this family history webpage, E-gen.info, an Electronic Genealogy. As the Introduction suggested, I believe my life began when I realized a spiritual dimension. Despite having been baptized as an infant in our family’s local Presbyterian church, I now take to heart John the Baptist’s invitation to his followers, “I baptize you with water, but One is coming who will baptize you with the Holy Spirit and fire.” (paraphrase Matthew 3:11) Reread the amazing account of the activities at Pentecost for more. This happened just ten days after Jesus ascended. (Acts 2) Thus, I like to believe that my meaningful adult life began when I was just 15. As a member of the younger fellowship of Sharon Community Presbyterian Church, Moon Township, PA, I attended what was billed as a “youth rally” for all high school and junior high school students in the Great Pittsburgh area.

The event was held at the Syria Mosque, a grand old concert hall in the Oakland section of the Burg, as we call it, owned by the Shriners. There was, of course, lots of music that afternoon and the nationally-known inspirational authors and speakers, both associated with Pennsylvania youth: 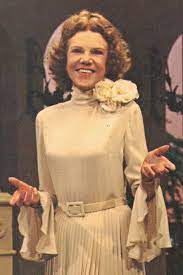 After the praise music ended and each evangelist had delivered powerful messages, a strange request was given by Rev. Wilkerson: (paraphrased) “You need to get clean physically to allow room for Jesus and the Holy Spirit in your body and soul.” I’m thinking, “Hmm, where is this headed?” The preacher asked everyone in attendance to come up as close to the stage as necessary to throw any cigarettes, tobacco, alcohol, condoms, anything associated with bad habits, up on the stage. I couldn’t believe it. While I didn’t smoke, chew, drink, or have sex then, the sight and sound of young people getting out of their seats and making their way down the aisles to toss these potentially unhealthy items in the air to land on the large wooden platform was astounding. More so, I witnessed stagehands working for the team sweeping up and literally shoveling hundreds of items into large, plastic garbage bags. This, I was to learn, was the beginning of an invitation for anyone in the audience, cleaned of distractions, to come to Jesus and have the Holy Spirit come into their lives.

What followed was much like the usual invitation to salvation one might see on broadcast TV in those days. The band played something like might be heard at a Billy Graham meeting: “Just as I Am.” In addition to anyone who had already come forward, those of us still in our seats were encouraged to follow the leading of the Holy Spirit and come forward as a sign of obedience. 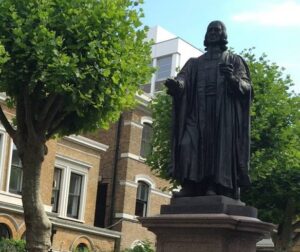 Not unlike the “burning light” that the founder of the Methodist movement, the Rev. John Wesley, described as his Aldersgate Experience, I felt that heat, that light, that urging. But, where my fellow attendees went forward, and Wesley must have fallen to his knees, I just sat there in my seat, seemingly crushed by the power of the Holy Spirit. I’m sure I couldn’t walk. In fact, as I remember and write these lines, I have tears in my eyes, not unlike when I hear a moving sermon in church or a stirring Gospel song on the radio. After nearly 60 years, and plenty of confirmation from scripture and learned people of God, I am convinced that I had received the Baptist of the Holy Spirit accompanied by the presence of Jesus in that auditorium. Only recently did I discover that some of my Pearce ancestors of Wiltshire, England, had been considered Non-conformist followers of John Wesley.

Historical details are sketchy, but I do know that my paternal great-grandparents were founding members of Salem Methodist Church shortly after the family arrived in Pine Township, Allegheny County, PA. My Presbyterian ancestors came from the Scots-Irish on the my mom’s Campbell-Gray side from nearby West Deer Township. Many of my Pearces of 1820 had attended the only church around then, Cross Roads Presbyterian. We have some of five generations buried there. But long before these investigations, an ancestor, the Rev. William Jack, had served as Pastor in the Bull Alley Presbyterian Church in Dublin, Ireland. I have documented our family’s religious heritage in a four-part series entitle “Christianity Comes Home.”

As you’ll learn later, my first college degree was in music and I had the privilege of serving as music director and organist in several Christian Protestant denominations, including Methodist, Presbyterian, and Lutheran. Two of the great ironies for my wife and me was that we each served as educators in Roman Catholic institutions: 21 years for me at Mount Aloysius College in Cresson, PA, and 10 years for Susan as choral director at Bishop McCort High School in nearby Johnstown.

Many of my wife’s relatives are considered Anabaptists, an historical term that refers to a “re-baptism” of water by Mennonites, Amish, Brethren, and now many Christian Fellowship churches. As a Reformed Christian, I believe that my baptism by water as a child, a dedication as it were by my parents, was enough until my re-baptism of the Holy Spirit on that February afternoon. My spiritual growth took off from there in a personal relationship with God in Christ and the good works that followed.

A powerful prime mover for me was Billy Graham’s book “Peace with God.” So inspired after reading it, I remember making my first meaningful financial contribution to his crusades as a teenager. Our church had a terrific Wednesday night program called Youth Club. As a senior in high school, I was elected leader of that fellowship, which met on Sunday night, and later became moderator of the Pittsburgh Presbytery’s Youth District I. Not only did I learn how to conduct a business meeting, edit and distribute a newsletter, but I got to attend several associated camps and meet fellow young Christians from all over Pittsburgh, Allegheny County, and Pennsylvania.

Today, my wife and my two children are grown and living successfully and independently. We feel that we raised them in the fear and admonition of the Lord. We pray for them and support them as we are led, but we’ll let them speak and act for themselves. In our retirement, my wife and I belong to and are active in a relatively new denomination called the Evangelical Presbyterian Church, where we sing in the choir and play for services when asked. We have also participated in other choirs and several organizations that provide food in our community. In conclusion, my spiritual dimension believes that the faithful in and of God are saved, preserved, and protected for eternity through His Grace, or kindness if you will. This characteristic of our Heavenly Father and Creator comes first and there is nothing we can do to earn His favor. We are “called” through His Holy Spirit, another dimension of God, to acknowledge that His Son Jesus is The Christ, a Greek word meaning “the Anointed One of God.” He was born out of a miracle, later performing miracles Himself. He suffered under mankind who killed Him, but He rose up from the dead according to the Scriptures. We are all imperfect, including the Church, but will attain wisdom (perfect after death) as we are called and believe. This faith without good works is surely dead, as the half-brother of Jesus wrote. (James 2: 14-26) The epistles of this humble construction worker are considered by many the first entries in the New Testament. Good works without love and forgiveness is temporal. I’m far from perfect, but this faith and its accompanying deeds have been the basis for meaning in my life. Please continue to read my memoirs in this context. Your comments are welcome below or via e-mail.

Move to next chapter: CHILDHOOD & YOUTH INTO ADULTHOOD – Beginnings in Cooperstown

Return to: INTRODUCTION & TABLE OF CONTENTS