“Giving Back More than we Got”: Paul & Cynthia’s Legacy

from the newsletter of
Penn State’s Smeal College of Business
1/30/20
edited by
Larry Pearce, brother
2/3/20 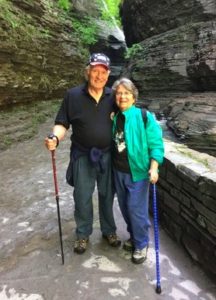 Paul & Cynthia have established the Paul and Cynthia Pearce Open Doors Scholarship. A $500 scholarship Paul received during his senior year at Penn State inspired their generosity.

Paul W. Pearce, a 1962 Penn State Smeal College of Business alumnus, said that a $500 scholarship he received his senior year was “manna from heaven.”

That scholarship was the inspiration behind a generous gift from Paul and his wife, Cynthia, last year to create the Paul and Cynthia Pearce Open Doors Scholarship in the Smeal College of Business. Their gift created the largest Open Doors Scholarship to benefit Smeal students in “A Greater Penn State for 21st Century Excellence,” the University’s current fundraising campaign. “Access to an affordable education is one of our highest priorities, and I am grateful for the Pearces’ gift,” said Charles H. Whiteman, the John and Becky Surma Dean. “Their Open Doors Scholarship will help our students, particularly those who face unexpected hardships late in their business program, to focus on their studies and complete their degree.”

Paul started working on a neighbor’s farm and learned to love operating heavy equipment when he was just 10 years old. But an uncle, Dale Pearce, a Penn State Education Administration alumnus, helped Paul see the advantages of a college education. He chose Penn State because he wanted to fly airplanes for a living. Penn State’s Air Force ROTC program had a senior-year option that offered the education and opportunities to make that dream a reality, while a business education provided a “backup in case that didn’t work out.”

As a first-generation college student from a working-class family, Paul said he helped pay for college by working as a painter and in a steel mill in addition to an on-campus job in the dining hall. He met his wife, Cynthia, while working in the dining hall during his junior year. Paul graduated, received his Air Force commission, and married Cynthia at Eisenhower Chapel all on the same day. 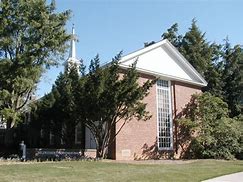 Cynthia left Penn State one term short of completing her degree. “Better to marry Paul and start our adventure together,” she said. Paul flew B-52s in Texas, Guam, and New York before beginning his career with National Airlines. Pan American purchased National Airlines in 1980. The European routes and Airbuses he flew were subsequently sold to Delta Airlines.

Paul spent 30 years as an airline pilot before retiring in 1997. For Cynthia, volunteering became a way of life, leaving her “free for sudden dinners in Madrid or Geneva.” Among her volunteer roles, she’s worked in the classroom, in museums, on an ambulance squad, and at the hospital that twice saved her life.

When Hurricane Rita struck in 2005, Paul and Cynthia packed their bags and spent a month in Texas volunteering for the American Red Cross. The Pearces are always searching for another place to help—including the university they love. While Cynthia joked that she and Paul love Penn State because they have great ice cream, she was quick to share just how much Penn State has given them and that giving back to Penn State feels natural.

Previously, the couple created the Dr. John Coyle Early Career Professorship in Supply Chain, a position currently held by Dr. Yue Zhang. Through their estate, they have made provisions to elevate the position to a full professorship. The Paul and Cynthia Pearce Open Doors Scholarship will benefit students enrolled in the University’s Complete Penn State program. This structured program provides counseling and support, including scholarship support, to students who are identified as at risk of not graduating due to unexpected hardship, such as a parent’s illness or job loss.

The $500 scholarship Paul received his senior year allowed him to complete his Penn State degree without incurring any debt. “I look at the debt students are graduating with these days and I just can’t imagine that,” Paul said. “Knowing somebody else is getting an opportunity that they weren’t expecting and that they really need is so rewarding for us.”

Together, Paul and Cynthia have raised two sons and traveled the world. “But we think you just need to realize where everything came from and give back, and that’s what we want to do,” they said. The Pearces also support students at other universities, as well as a number of charities in their local community. They share the philosophy that “you can’t take it with you.” “If you can say we gave back more than we got, that would be a good legacy,” Paul said.