Four More Sources to Find Our Pearces of Old England 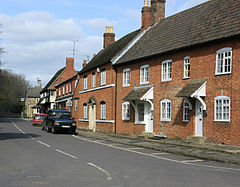 Anyone interested in genealogy knows that it can be addictive. I’ve posted several articles to that effect: “Genealogy Pox,” through  the Genealogists.com site, and “Warning! Genealogy May Be Addictive,” from Penny Parker’s informative page. This has certainly  been the case on more than one occasion for me. The other morning I sat at the computer to check my e-mail when I found a note from my Moonrakers genealogy group in Wiltshire, UK, the place where my Pearce family originated. I’m always anxious to catch-up on the news from “cousins” located around the world. This particular item listed four  new documents digitized in the .pdf format and released by the Wiltshire Record Society, formerly the Records Branch of the Wiltshire Archaeological and Natural History Society: Printed Maps of Wiltshire, 1787–1844 (Vol. 52, 1996); Monumental Inscriptions of Wiltshire: An Edition, in Facsimile, of Monumental Inscriptions in the County of Wilton, by Sir Thomas Phillips, 1822 (Vol. 53, 1997); Wiltshire Coroners’ Bills 1752-1796 (Vol. 36, 1980); and  Wiltshire Apprentices and Their Masters, 1710–60 (Vol. 17, 1961). I said to myself, “I’ll just make sure the links work and scan to see what they contain.” Well, the next thing, I was so engrossed by these fascinating documents, some over three-centuries old, that I found myself sketching out a plan for an E-gen article and what it might contain. When I glanced at the clock, hours had gone by and it was past lunchtime. For me to miss lunch takes quite the distraction. So, for this piece, let’s begin with just one of the old maps featuring Bromham, the birthplace of my Great-great grandfather Richard Pearce (1786-1861) and twin sister Sarah (1786-1868), each of whom married an Austen sister and brother respectively from Kent County before coming to America. Their story is told in our “Original Family Narrative”. From there we’ll look at several inscriptions of the day from tombstones and public monuments honoring our namesakes. Most interesting to me are the bills involving dead Pearces submitted as public records by the Coroner’s Office of Wiltshire over the years. Finally, several family names, not necessarily our immediate kin but probably related, appear in the county apprenticeship program, the records of trades and training, which back then was higher education. 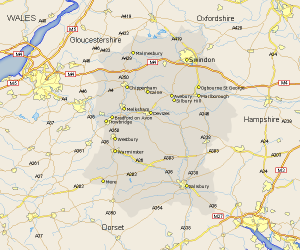 The story of Bromham, spelled sometimes “Broomham,” “Bremham,” “Bremhill,” or even “Bremhall,” may be found in several my earlier articles, “Preface to Old Wiltshire Parish Marriage Registry (which contains several Pearces)” and “New Information on the Pearces of Old England”. The book of old maps of Wiltshire offers a variety of features, from the growth of population and springing up of new towns and hamlets to more detailed landscape features such as hills, rivers, and canals. Limited by the screen size of the electronic scanning device, the first page of each section of the map book offers a preview of what is to follow by a diagram listing pages and vectors: alphabetical and numerical (horizontal and vertical) sections. Six different map makers show their talents, but I was most interested in the 1792 drawing by Archibald Robertson of what he calls “The Road From London to Bath.” 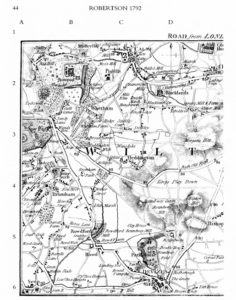 On page 44, section A-4, he locates the village of Bromham, the Commons, and the Mill. I can’t help but wonder if one or more of our Pearce ancestors worked there. Our Richard called himself, “a miller by trade” and he and at least three generations of his descendants owned and operated the Pearce Mill at North Park, Allegheny County, Pennsylvania, from 1820 to 1927.

In other old maps other curious family references are made: Carey (p. 20, sec. D-6) in 1801, shows Pearce’s Lodge. It is located just southwest of Aldbourne, where some historians say that the Pearce twins were baptized, but an internet search of “Pearce’s Lodge” turns up nothing except modern day accommodations in Manchester, UK, and Sligo, IE. The town, mill, and commons of Bromham along with Pearce’s Lodge are all located just northwest of the larger municipality of Devizes on the old maps, so we have confidence that they are part of our family’s geographical heritage.

Traveling southeast from Bromham, taking A 342 to Devizes then A 360, one arrives at the beautiful cathedral in the historic city of Salisbury. Just eight miles before you get there, you’ll see signs for the pre-historic wonder of the world, Stonehenge. 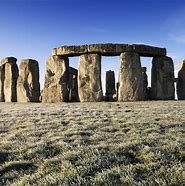 Going northeast from Bromham on A 4 to the larger town of Chippenham, you’ll see signs to the ancient Roman town of Bath, just over the line in Somerset County. If you go farther north, you’ll take A 350 to the expressway M 4, which goes east to London and west to Bristol and eventually Wales. Except for on the “Ms,” the driving is slow but scenic. In Wiltshire, at least, the distances are closer than one thinks. It’s just 30 miles from Salisbury to Bath, for example. There’s much more to see than I can list here.

We move on now to the Monumental Inscriptions of Wiltshire, published by Sir Thomas Phillipps (1792-1872) in 1822. This gentleman began collecting old books and rare manuscripts at age 16 and later graduated from Oxford. He inherited a large estate upon the death of his father and was able to maintain a large library, said to be the largest collection in the 19th century world. The best way to find Pearce (several spellings listed) inscriptions is to go to the back of the book and look under the alphabetical “Index of Persons” where you’ll see this: (italics)

One can only guess at the full names of the abbreviated subjects, and I didn’t see a Richard or Thomas, believed to have been Richard’s father, so I checked William, who could have been Richard’s grandfather. This particular one was not, but here is what I found on page 236:

Isn’t it ironic that both sons died at the same young age, just four years apart. We wonder what the cause of death was. How might they have been related to our ancestors? In another, more poetic entry, I read this, again from a tombstone:

As my father’s name was Ralph (1917-2002), I looked to see what might be under his name. Apparently a plaque for the town and/or the parish contains this simple remembrance:

It should be noted that these inscriptions are not all necessarily found in Bromham, but the towns and parishes are indicated. Suffice it to say that there were lots of Pearces in Wiltshire back then. As a family historian, I would bet that we’re related to most when one goes back far enough.

Just 500 copies of my favorite, the book of Wiltshire Coroners’ Bills 1752-1796, was published in Devizes in 1981 under a grant from a public trust. Again, one may search the indices by surname or place. These are found under the Pearce name:

These are arranged by date. Here is what I found under Richard Pearce, likely not our direct ancestor and not from Bromham, although the death was only a few years before our Richard’s birth:

Under the “Index of Places,” I found 11 incidences in Bromham. But, from nearby, and since my mother’s name was Ruth (1917-2005), I found this one to be of interest to me, although certainly not characteristic of Mom:

26 January 1753. Devizes. Ruth Peirce, late of Potterne: from the visitation
of the great and almighty God, in a great quarrel was struck dead with a lie
in her mouth. £1.

What was the Coroner thinking? No age or gender was immune from the his visit when circumstances required:

Wort could have been an herb or medical plant, but in this case, the fermenting liquid was probably being processed with hops and yeast to make beer. Such a tragic accident.

The final book digitized and posted for public use is entitled Wiltshire Apprentices and Their Masters, 1710–1760. These many first names and various spellings of the Pearce surname are arranged alphabetically and reveal many locations and lengths of indentureship. Of most interest to me are the many occupations. I have links for the less obvious ones: weaver, mantua-maker, cordwainer, brazier, sarge-maker, tallow chandler, tailor, blacksmith, bricklayer, wheelwright, collar maker, baker, and wool stapler. Most of these trades involve textiles and clothing. Other workers produced transportation-related products or home necessities. I was struck, however, to see that a few of the Pearces travelled to the city of Salisbury to do internships with surgeons and druggists (apothecaries).

What a fascinating glimpse into the life and times of our old Bromham, Wiltshire, England. I’m sure we’ve only scratched the surface with these four priceless collections. No doubt additional offerings will be released in the future. For these and the ones I haven’t gotten to yet, my deepest appreciation to the Wiltshire Record Society. Although I want badly to travel again to that part of England, and do my research first-hand, but with the comfort and ease modern computers provide, I may not have to leave my chair. Just so I don’t miss lunch!