This is primarily the story of the journey of Charles and Annie Lee Krause, which straddles two states. We hope you also view “Some Community Facebook Pages: Krause-associated Families” to get the full picture. The difference between that post and this is that these links are .com and .org as opposed to Facebook pages. For your best impression of these areas as they relate to our family history, you’ll want to consult both, as well as the links to E-gen. We’ve included here churches, cemeteries, schools, libraries, museums, farms, and businesses, so click away and plan your visit before you go. A more-detailed map is available online. We continue to discover new locations and will add to this page regularly, so do check back. 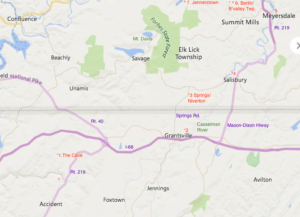