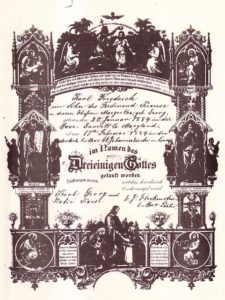 I took German in high school, and my son Matthew lived and studied in Germany in his high school and college years. We both admit that our speaking and translation skills have waned over the years. Last summer I began an unexpected “big adventure” in the language arts when I attended a genealogical seminar at the Heinz History Center in Pittsburgh. I later published a report on the meeting in the quarterly, Mennonite Family History, entitled, “Google like a German.” After the holidays, while I was working on my annual task of cleaning out and organizing my family files, I discovered a 1908 Certificate of Confirmation for my wife’s maternal grandmother, Annie “Mom” Krause, which was written in German. As I excitedly began to compose an article on my discovery, using my new-found translation skills with the help of Google of course, I shared it with my wife’s cousin Cindy in Wyoming via e-mail. Not only did she send me old scanned photographs of Mom Krause and her husband “Pop,” but she also sent me a copy of Pop’s 1893 Certificate of Confirmation and his 1884 Certificate of Baptism. Now, all of these documents originated in the German-speaking community of Accident, Garrett County, Western Maryland, and in particular St. John’s Evangelical Lutheran Church in The Cove, founded in the early 19th century. At this point, in re-looking at all the certificates, I noticed some discrepancies: Mom Krause’s first name was listed as the German “Anna,” not Annie, and her last name was her Amish maiden name “Lee,” not Krause, even though the paper was signed three months after her marriage. I have addressed these issues in the post “The Questions of Anna Lee & Charles Krause’s Confirmations.” I admit to some speculation on my part in attempting to answer these questions, but the chief mystery that I will address in this post is why Pop Krause is listed on both certificates as “Carl Frederick Krause.” (Here’s a spoiler alert: I don’t know.) 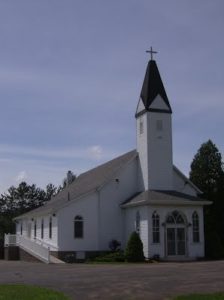 Pop’s father was Carl Ferdinand Krause, clearly not the one intended, and Pop’s name was “Charles” on all the records I have seen, not to mention his tombstone. Google says that the German “Karl” and “Charles” are two distinct names. I continue to seek an answer to this puzzle and several others, but for this story I simply want to use my Google-inspired translation skills to present the derived English text on Pop’s Certificate of Baptism: 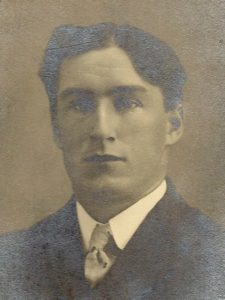 Im Namen Des Dreirinigen Gottes getauft worden (In the name of the triune God have been baptised).

Under that are the words “Tauferugen waren” (at the baptism were) and two surnames: Georg and Krause; the given names are illegible. This amounts to the names of the godparents or witnesses, each from the respective families. The final German words in the lower right-hand corner of the document are illegible to me, but the name and title is clear: E.J. Fleckenstein, Lutheran Pastor. Surely, after checking the 1964 centennial roster of St. John’s, he was the minister at the time.

Finally, the graphic artwork surrounding the text is different from the Certificates of Confirmation, but equally beautiful. The theme is in keeping with scripture and the Sacrament of Baptism: Jesus being baptized by John in the Jordan with the dove of the Holy Spirit descending, Jesus welcoming the little children, etc. Each painting has the appropriate Bible verse beneath.

I may not have all the German words from the certificate spelled correctly nor the exact translations, but this experience has been enlightening. As I hinted in the spoiler alert above, I simply don’t know why Charles “Pop” Krause’s first name is listed as Carl, which was his father’s first name. Was it a clerical error, an old German custom, or something else? Research will continue, and you are invited to share your further information and opinions in the comments section below. Bis wir uns wiedersehen, auf wiedersehen (Until we meet again, goodbye)!