Up to Speed with Wiltshire’s Famous Poet, Edward Slow: the tale of the Moonrakers & other delights via YouTube

(Note: please check this page periodically as it may be updated with additional timely internet links, including fact sheets, YouTube travelogues, and computer streaming tours. By all means, if you discover something that might fit this page, send it along to

I would bet that you never heard of poet Edward Slow or, for that matter, know what a “Moonraker” is. I belong to an internet group called Moonrakers that originates in Wiltshire County, UK, and recently the group’s leader, John Feltham, reminded us where the moniker came from and shared with us the works of Wiltshire poet Edward Slow. What does this all have to do with our Pearce family? We’ll get to the specifics of the poet and the moonraker in a minute, but first, some background. In our “Original Family Narrative (OFN)”, its various commentaries, and other posted articles, “New Information on the Pearces of Old England” and “Pearces & Chaucer’s ‘The Miller’s Tale,’” it’s been reported that our patriarch Richard Pearce and his twin sister Sarah were born in Bromhall (or Broomham), Wiltshire on October 25, 1785. They eventually moved to the Greater London area, found spouses, and emigrated to America. They left behind a land of rich history, perhaps even “magic and mystique,” if you allow room for your imagination. The “Original Family Narrative (OFN)” identifies Richard as a “miller by trade,” and that could only mean that his homeland had mills, and to have mills meant that it had to have water, rivers and ponds in this case. Wiltshire has the rivers Bourne and Avon and their many tributaries to be sure. For a look and listen, try the YouTube series “Wiltshire Voices” (18:09) and other treasures listed at the right of the video. But come back, because a Wiltshire moonraker offers much more. 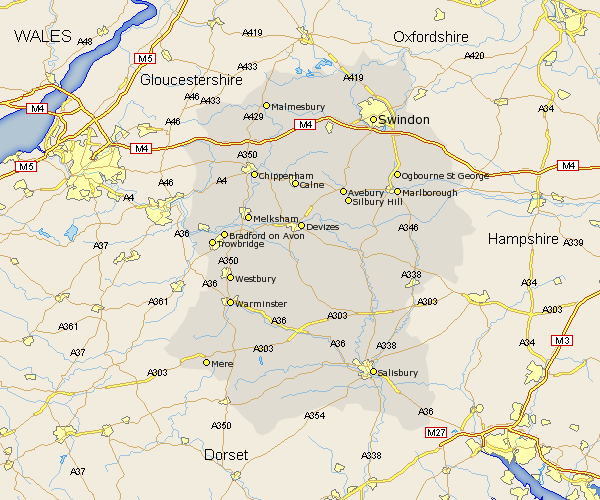 Besides rivers and streams, Wiltshire also has many man-made water collectors called “dew ponds,” small, shallow, earthen structures intended to hold liquid from a river or creek or the 30 to 40 inches of rainfall the region sees each year, just enough to supply a small mill, perhaps like one with which our Richard Pearce was familiar. Here’s where Edward Slow (1841-1925), the poet from Wiltshire, comes in. He captured the folk lore and dialect of the region for posterity in several collections called “Wiltshire Rhymes” in the late 19th and early 20th centuries. According to biographer Ben Sloper, Slow’s poem “The Wiltshire Moonrakers” is a prime and delightful example of a dew pond being used for an illicit purpose:

It tells how two village [rum/brandy] smugglers outwitted the Devizes [Wiltshire town] excises-man, when their donkey bolted and [had] tipped the barrels into the pond, by telling the official they were “reakun var a cheese [raking up cheese]”. He believed them! 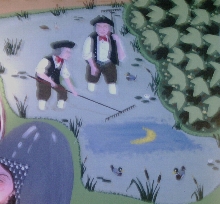 An online post by the Salisbury Museum  goes into a litle more detail:

It seems that smugglers were carrying illegal brandy about the countryside when they spied a party of revenuers, or whom the British would call excisemen. The bad guys quickly threw their containers into a nearby pond and began raking motions on the water with long-handled tools they had grabbed from a farmer. When the lawmen saw them and stopped to ask what they were doing, the clever crooks replied, “Rakin’ up the cheese.” Apparently, it was a bright full moon, and the reflection looked like a round container of the delicious dairy product. At this, the revenuers were convinced that the “moonrakers” were absolutely crazy and headed with haste down the road to get away from them. The moonrakers fished their bounty out of the pond with their long-handled tools and proceeded to their illicit affairs.

Pond at Devizes, Wiltshire, where the Moonrakers legend may have occurred

Now, I’m not suggesting that our early Pearces were ever in any way involved in this kind of law breaking or deceit. But, I find it fascinating that we can go back and “look in” on the life and times of 19th century Wiltshire, when our Pearces lived there. This article contains a series of recently discovered internet links that provides a brief glimpse into the sights – and sounds – of the land that produced our early Pearces. You might want to begin by reading Edward Slow’s biography by Ben Sloper, then perhaps listen to a rendering by Alan Doel of Slow’s 1881 poem “The Wiltshire Moonrakers” (9:03). After that, time permitting, you can indulge yourself in other Slow poems and/or local YouTube features from Wiltshire. Here is a brief list of Slow poems complete with many visuals:

And here are a few curiosities recorded from real people who still live in Wiltshire:

In conclusion, you are invited to enjoy the various Wikipedia fact sheets, Youtube travelogues, and computer streaming tours that include Wiltshire’s Salisbury Cathedral, Old Sarum, Stonehenge, and more. By all means, read or re-read my earlier articles on the trade of milling: “Pearces & Chaucer’s ‘The Miller’s Tale.’”, “Pearce’s & Chaucer’s ‘The Reeve’s Tale,’” and “The Pearce Milling Company.” As you read, watch, and listen, just imagine your Pearce ancestors, how they lived and talked and the company they may have kept over 200 years ago.